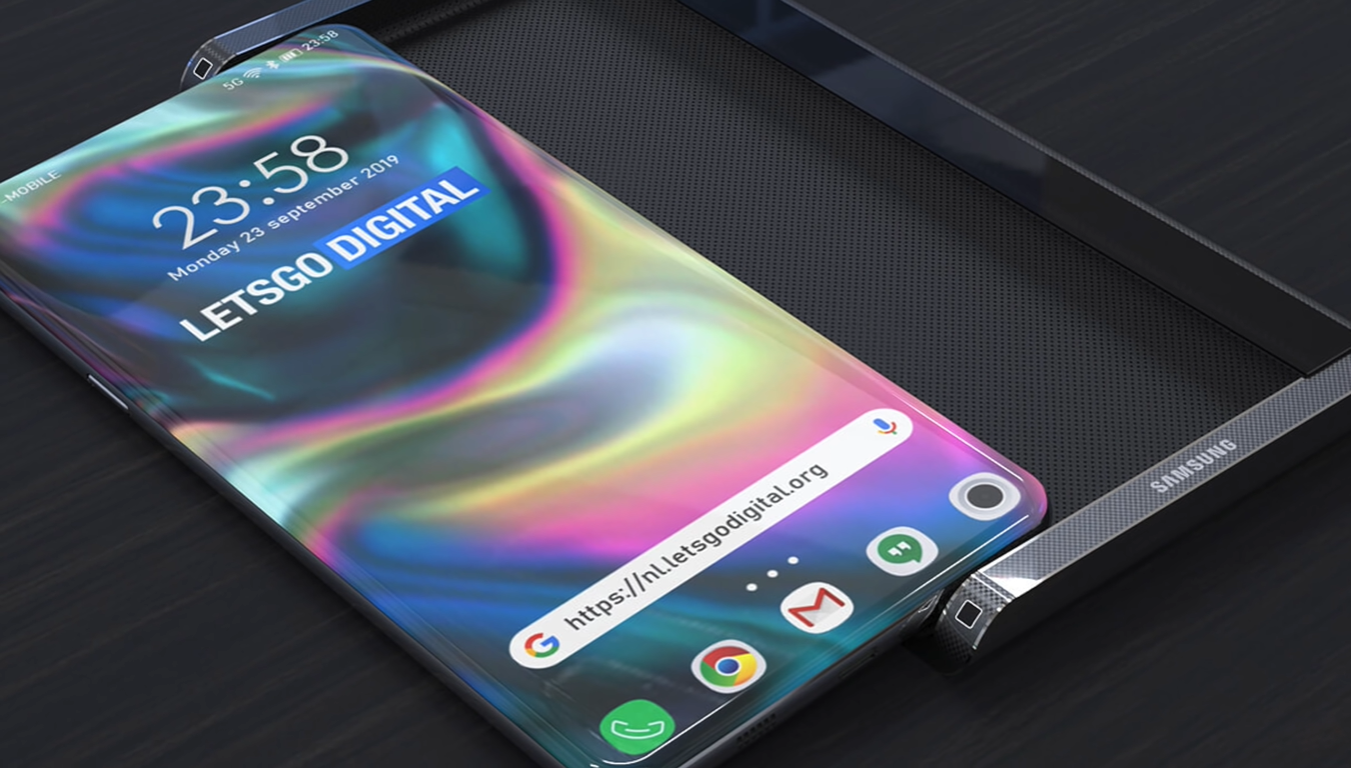 Hey, what’s up, techy folks Now this time the upcoming Samsung s11 will blow you mind with its new upcoming feature which you have never seen before in any phone. This article is all about the rumors coming about the Samsung s11 and new amazing features which is releasing in February 2020.

Samsung has already started to make the phone and this time it was coming with major groundbreaking changes.

Before dive deep into the specs and features of the Samsung s11 let us talk about the release date. It was expected that it will launch it’s another flagship on February  2020 and sales stats from the march 2020.

Because Samsung launched its Samsung galaxy s9 on 16 march 2018 and Samsung s10 was announced in February and release on  8 March 2019. So it was expected that Samsung will do the same this year too. ( excited? )

Samsung s11 specs which no one knows

Samsung could be the first phone ever which coming with spectrum meter. Spectrum meter is a scientific instrument that allows measuring the content of the physical product using the light source.

In simple terms galaxy s11 camera will be able to measure the moisture in your skin, calorie count of food with proteins, crabs as well as sugar level.

In addition to all of that, you’ll be able to tell the difference between real and fake medicine. This is coming to be a real game-changer for Samsung as Samsung always tries to bring new features and others start copying it.

If we check the history of these giants Apply always used to bring new innovation towards the tech when steve jobs were the CEO and now apple just does little upgradations to the phone and sells it for double price. ( nothing personal for any iPhone user )

Biggest leaks and rumor coming from many sources which no one could confirm which source is right or wrong but this is sure that Samsung is trying to get rid of their boring screen. (let’s talk about screen later)

Let’s first also cover what others know about the feature of the upcoming flagship. 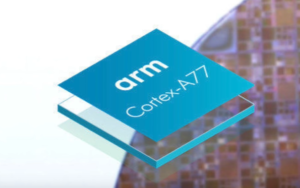 Chipset on the Samsung s11 could be the snapdragon 865 as this chipset is a flagship in his segment and bests any other phone in his competition.

Although there has been some news regarding Exynos 9830 processor of the galaxy s11. In term of GPU, Samsung could use Arms cortex design for its next Exynos flagship chip rather than using their own old mongoose architecture.

This is a great move for Samsung because mos to the chipset will be based on cortex A77. (I’ll cover whole about the processor in another article )

Samsung also about to release it’s Android 10.0 and also started testing the UI on Samsung S9. Yes, it is under testing with Samsungs net generation of UI software updates of the UI 2.0 based on Android 10.

It’s good news for the Samsung S9 users probably it’s the final update which the S9 user will get. Samsung will be dropping some legendary devices such as the S8 family and many other devices.

I must appreciate Apple for this Apple never leavers any of their users behind with their update which is the only thing I like about Apple most. 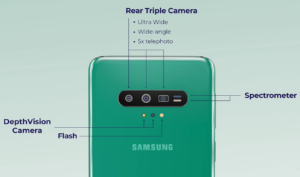 In terms of camera,  Samsung is looking forward to making huge changes according to rumors.

What are those changes ..well well

Samsung has launched it’s 104 MP camera. If I talk about the Samsung Galaxy s10 has 12 MP main sensor with a regular lens, 12MP second sensor with a telephoto lens which is useful for long-distance shots and the 16 MP camera which is the ultra-wide lens.

Now the Samsung is coming with the 104MP camera with 5x zoom But if we compete it with the Honor flagship phone hone 20pro then Samsung loses the game and now oppo also launched camera with 20x zoom which is something really big and now future phone start opting 20X zoom if they want to survive in the tech industry.

The three lenses are generally what we’d expect in a smartphone camera, but the resolution of each is a lot lower than in many other phones.

Here are some image samples of the camera which show the clarity, sharpness that sensor produces.  Now after the 2x optical zoon Samsung this time will replace it with a 5X optical zoom level or I’d suggest 20x.

Although rumors are also in the market that Samsung 5x zoom will be special than any other mobile phone zoom in the market.

Display of the new Samsung s11:

Now all the future device going to come with the refresh rate of 90hz which now comes with Oneplus. One plus also said that there will be no phone which will come with less then 90hz refresh rate in the future.

Refresh rate actually matters a lot when it comes to gaming.

Now it’s not been hidden with anybody that Samsung really wants to change the design of the screen and Shift the location of the front camera anywhere where it looks cool.

Samsung recently changed its front camera setup for S10, S10 +, note 10+ which shows Samsung really wants to get rid of its boring dot from the screen.

List what’s rumors are saying about the Samsung S11 screen

Samsung has filed a new patient for a new docking station. this will something big if it’s really coming to the device.

this docking station can charge the phone while at the same time projects holographic Images.  although this patent has been signed an approx a year ago, this show Samsung might come up with a new docking system for image projection which will increase the cost of the phone.

From a notch design, Samsung is moving towards a punch-hole design which is a little bit different as compared to notch. Hole is exactly right next to the bezel is right at the edge meaning there is no space between like we have on S10.

Nobody knows exactly what could be the setup but it’s sure it will be something different.

Samsung galaxy s11 looks pretty exciting which gonna come with big upgrade in terms of camera and display. We could see the spectrometer as well as huge upgrade to the fingerprint sensor. The sensor size could increase dramatically compare to the current note 10 fingerprint sensor size.

What you think are you excited about this phone and would you buy it let me know in the comment section. 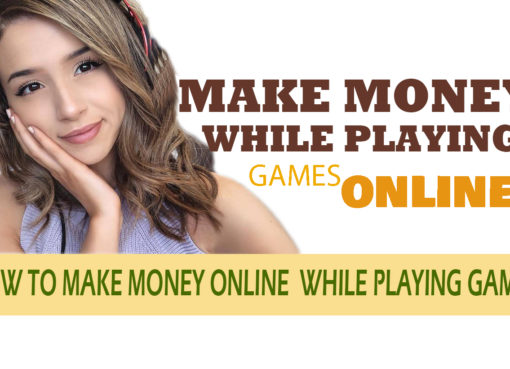 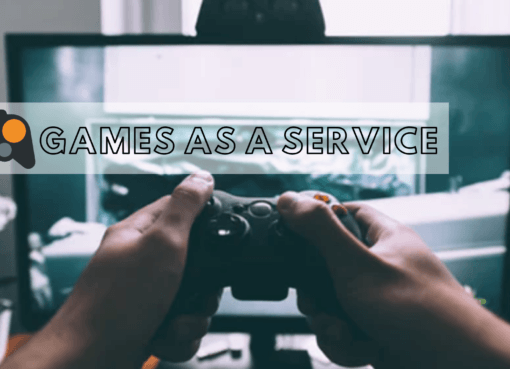 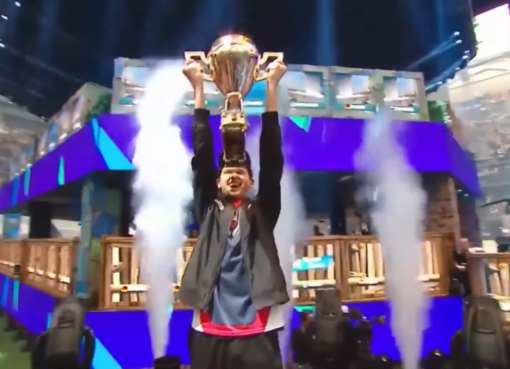 After the successful launch of one plus 7pro gaming beast now, one plus soon release its new flagship phone. This is the One plus 7T and these images are based on factory CAD came from ONleaks. who i
Read More

Upcoming One Plus TV leaks

It's no secret that One Plus a company that it's perhaps best known for making affordable high-quality smartphones is working on a TV. CEO Pete laugh spelled out the company's ambitions on its forums
Read More