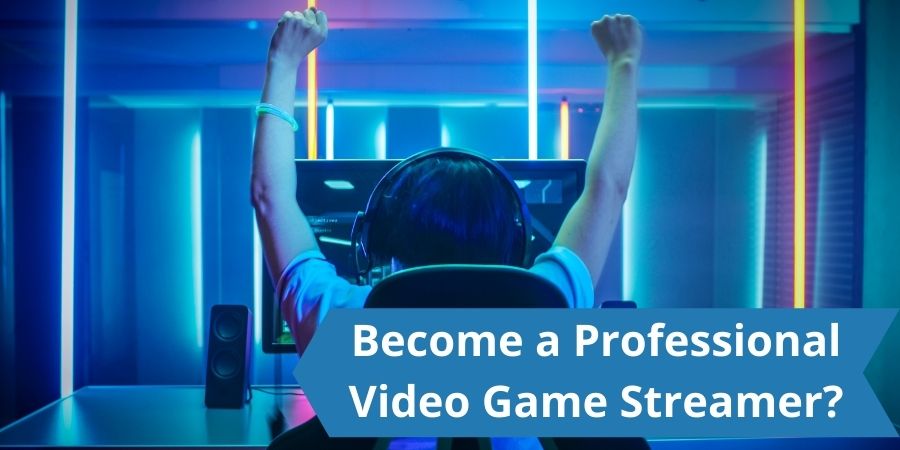 How You Can Become a Professional Video Game Streamer?

Using Twitch to draw in viewers and subscribers is probably the quickest way for new gamers to become well known.

Read this blog for more information about how you can become a professional video game streamer.

Everyone wants to be a streamer these days – people wish for instant fame and success without putting any real effort into it. The truth is, though, that it takes more than just playing games and streaming them live on the Internet to become a well-known gamer.

I’ve put together this guide to help you stream with success and hopefully launch your gaming career. Keep reading!

Twitch is full of copycats these days, many of whom are streaming the same thing at once or chain-watching one another’s streams or their own previous ones.

In order to succeed, you need to find a way to make yourself stand out from that crowd. Good luck if you’re trying to be a full-time streamer, but it never hurts to shoot a few videos and then upload them on YouTube.

The best way to rapidly increase your view base on YouTube is by making gameplay short. Shorts are the best way to get more views and get subscribers faster.

OK, so being unique is an important part of becoming a successful streamer, but that’s not enough on its own. You also need to find a way of attracting viewers and keeping them interested in what you’re doing.

There are gamers out there who get hundreds of viewers watching them play any game they choose, even without really trying.

The question is… how?

You need to be interesting! Nobody wants to watch some guy sitting in front of the screen with no emotion on his face.

If you can’t think of something exciting or funny to say when playing, just don’t say anything at all. It’s not about talking over your game, it’s about making sure that you’re still able to draw in an audience even if you don’t speak.

A great example of this is the Ninja who becomes popular not only because of its gameplay but the way it interacts with the audience and makes crazy voices and reactions.

Try to stand out by creating your own signature.

At the end of the day, nobody wants to watch some guy sitting in front of a screen playing games. Whether you like it or not, though, if you’re playing an online game with other people then at some point there’s going to be interaction between your viewers and yourself.

That kind of interaction is important because it creates a community around your stream that’s unique from other streams. It also gives your viewers a chance to talk to each other and build a community of their own, which can be beneficial for everyone.

There are many ways to go about this – you could host regular tournaments with certain games or even make competitions between different viewers. You could also hold giveaways for your subscribers.

The most important thing is not necessarily the events themselves, just that you actually do something with your viewers from time to time. It will show them that they’re part of a community and that they matter to you just as much as you matter to them.

OK, so you’ve got your events, everyone seems to be having fun, the community is growing… but there’s one problem. Everyone can see that something just isn’t right.

Why? Because you’re not human!

No matter how good a gamer you are, if people can tell that it’s all scripted then they’ll lose interest in your channel.

All of your actions need to be genuine and come from the heart. You don’t have to become friends with everyone who watches you, but pick a couple of regulars and try to get to know them just a little bit better every time they visit your channel.

This is probably one of the biggest problems that new streamers face, and why many of them fail.

A lot can be said for making regular appearances on your channel and trying to stick with the same schedule as often as possible, but I think even more important than that is consistency in how you present yourself .

Remember: viewers develop a connection with whoever’s streaming. It makes them happy to see the same face every time they visit the channel, so if you take a break for three months or even just change your name then your viewers are going to feel abandoned.

They might not actually show it, but they’ll leave and you’ll be back at square one. The community won’t grow much because nobody will know who you are, and you’ll probably lose any subscriber base that you’ve built up.

Most viewers won’t consider it again unless they stumble across your channel by chance, so whatever you do don’t change your stream beyond recognition!

This is where it all comes together. All of the above points tie in with this one.

Being a streamer is about being yourself, after all. If your personality doesn’t shine through in how you present yourself, you’re going to have a hard time keeping an audience.

There are hundreds if not thousands of gamers streaming different games every day on sites like Twitch and own3d .tv , so what’s going to make people choose to watch you instead of them?

The answer must lie in the consistency, interactions with viewers and how human you are. If your stream is exactly like everyone else’s then nobody will be able to point it out!

Thank You!  for reading my article about How to become a professional video game Streamer!!! If you enjoyed the read, drop us a like or share with someone who could use it and make sure to subscribe to our newsletter for future updates!

As a final note, you might not think that they’ll make much of a difference when you first start streaming, but in the long run, they could be your ticket to becoming successful. This is especially true if you’re passionate about something. 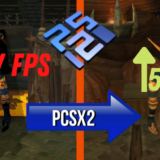 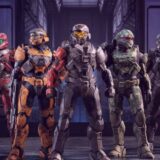 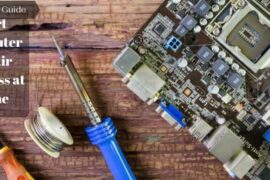 How To Start A Computer Repair Business At Home in 2022 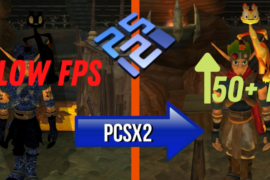 How To Download Among Us On Mac Without Bluestacks

How to Join E-sports?