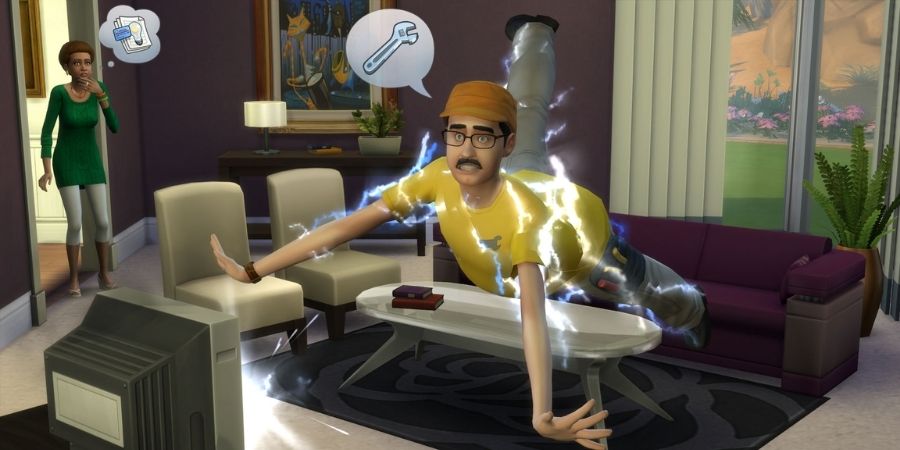 You want an honest answer?

You can’t. Fixing the simulation lag in sims 4 completely is impossible, because the error occurs at a very fundamental level.

Why does Simulation Lag Happen?

Well, you could just sum it up by saying ‘the game gets behind’, but it’s actually interesting if you learn how Sims 4 works.

See, the game uses a couple of separate processes to run. To simplify, there is the graphical process and the simulation process. These two systems work in tandem to get stuff done.

For the simulation part, the game processes one Sim at a time, and they go in line. This process takes place in mere milliseconds so you won’t even know the difference. But if the simulation and graphical sides fail to line up, bad things happen. If a Sims fail to do something, the line just stops moving and every other Sim before the game finally decides ‘okay, time to move on.’ If you ever see a group of Sims standing together all creepy, or if you see a Sim move through other Sims just to get to a location, it’s basically that.

This is simulation lag. But there’s nothing you can do about it.

The game was designed in a way that Sims can perform actions in sync with others. You can reduce simulation lag in a few different games.

First, reduce the number of Sims running active in the game. If you don’t, chances are the game will just sit on it’s was for a long time before deciding to take drastic action. If you see a Sim starve to death or die in a random accident, it’s the game removing Sims that are not top priority. If you think about it, this is creepy!

The second thing you can do is reduce the speed of the game. Often times the game lags because you are running it at Speed 2 or 3 and you need to dial down to Speed 1.

Or you can pause the game for a while and let the system decide which Sims are necessary for the immediate actions and plan them accordingly.

The third thing is the game’s autonomy, in that the more things and Sims you spawn, the more the game lags. So, maybe don’t do that? Of course, there is an alternative option. You can use Turbodriver’s Simulation Unclogger. This mod finds Sims that haven’t done anything in a while and kills what they are trying to do so the game moves forward. SrslySims Simulation Lag Fix by Xerox does something similar.

But again there is no magic bullet. No matter how high end or low end your pc is, you will face simulation lag.

You can try reducing the number of Sims and not always running at Speed 2 or 3. Or you can pause the game from time to time to let it catch up. Just remember how much work your pc had to do. Don’t get me wrong it’s wonderful that Sims 4 is designed to run on low end pcs, but just because you can do something doesn’t mean you should.

Anyways, thank you for listening to me. This is the first time I’ve given someone game fix advice, so let’s see how it holds up.

Hi there, I am Sayan, an avid gamer. I daydream about Mechas and Samurais, while I try to remain grounded in reality by sharing my passion for all things Japanese, especially Anime, Manga and Dojin. Hope you enjoy my blogs.