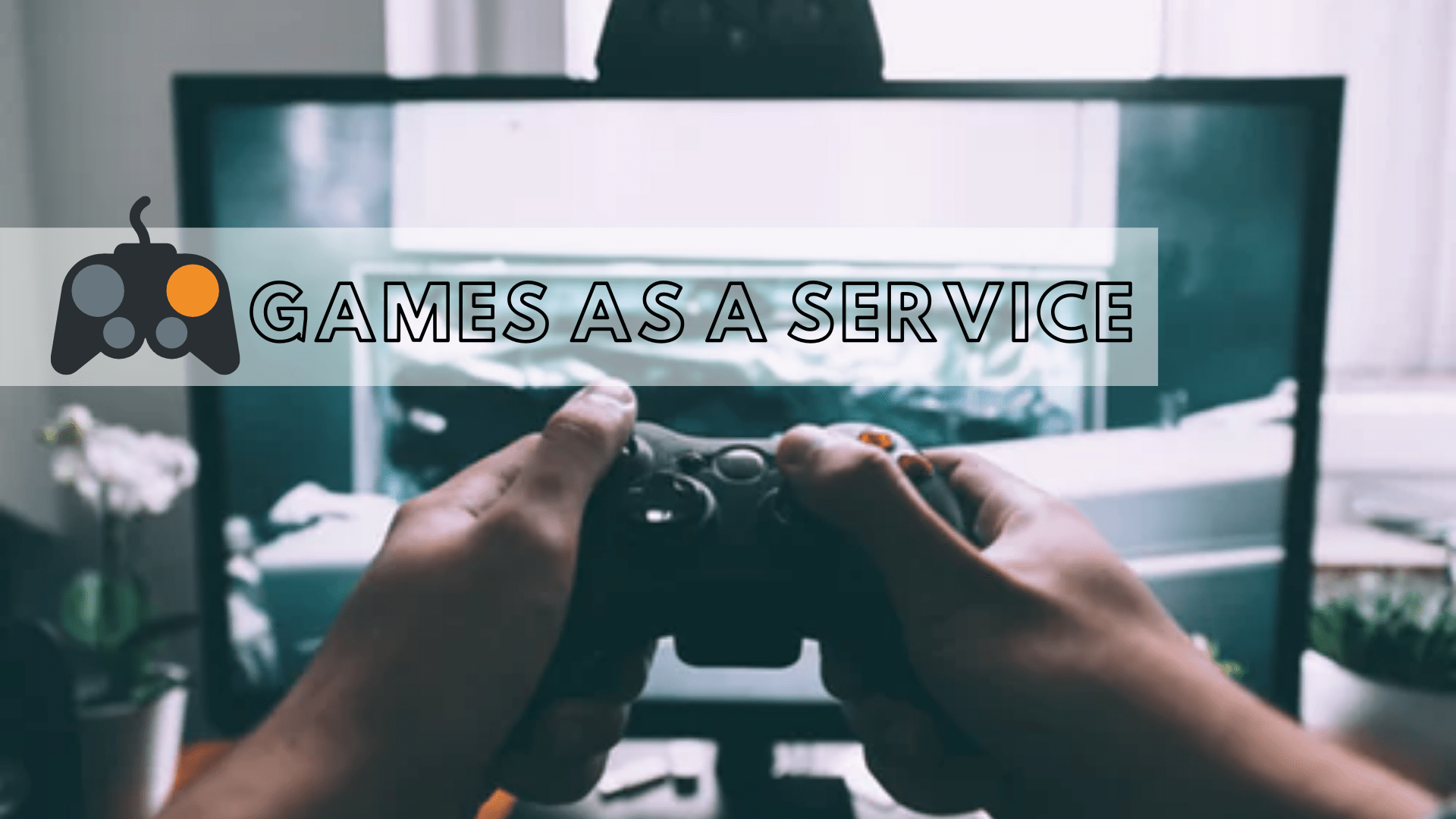 Here, ComingGames will tell you the exact same thing you need to know about Games as a Service.

Is GaaS is a fraud or is it beneficial for you?

After reading this, you will know how the gaming company takes millions of dollars out of your pocket and you don’t even know it.

So let’s get started:

So exactly what Game as a Service Is?

Now, What is the role of Game as a service for the Gaming Industry?

In the gaming world, games as a service signify delivering video games or gaming content on a regular revenue model. In simple words, it is a revenue model in which gaming companies provide games for free to play and you only have to pay for the in-game purchase.

Typically, the games that are released under such a model get along or indefinite stream of monetized new content over time.

It encourages the player to come back, again and again, play the game as they are getting rewards and lots more stuff, some of which are free and some are paid.

Best Detailed Example of Games as a Service:

PUBG MOBILE, Fortnite, one of the most popular games on the Planet are a good example of Games as a service.

there are many other games too which I’ll mention later.

So, what they’ve done is simple.

They launched the game for free in which you can play with your friends. You can play Fortnite as long as you want, You don’t have to pay for buying it, No matter how many updates come in the game. Fortnite will be free to play.

But these stats are staying totally different story have a look :

According to  this site, Superdata stated that Fortnite, Epic Games revenue for 2018 was estimated – $2.4 billion.

and also check out the monthly revenue of  Fortnite worldwide from February to May 2018.

What Keeps Players Engaged In Game as a service How they made this much Revenue?

As the list of games as a service continues to grow with each passing quarter, it has become crucial for the developers to keep the players engaged. However, the lack of new elements and exciting events in the games makes the players lose interest.

A big part of games as a service is rewards, as they are what keeps the players coming back to the game. They usually come as very tangible objects – new weaponry, experience bonuses, cosmetics, and the distribution thereof, Most popular everyday login reward.

Besides rewards, the element of novelty keeps the games as a service alive, adding freshness and movement to them. Keeping the players on toes as they wait for next season of the games, can also maintain their interest.

So in the case with the Fortnite massive success, they offer amazing cosmetics and super-viral Fortnite dance moves update Which you will get only after buying.

This is called in-game-purchase which you get influenced to purchase these damn funky moves and skins for cheap but here how many people brought it and give millions out of their pocket.

This is an example of 1 game but most of the games companies do this to make money for a long time.

Now with all these examples, you have any doubts regarding Games as a service.

The Origin of Games as a Service

As I was started digging the internet. I got a lot of theories and sources all claiming different things.

So I don’t know whom I should believe?

first of all, check out what Wikipedia has to say “ I don’t think the Wikipedia is helping us much here”

Does this mean Games as a service model was originated on 23 November 2004?

because the world of warcraft wasn’t the first MMO not by a long shot.

The first MMO was launched way back in  1996 and it’s called Meridian 59 and their website is gloriously 1996 even to this day.

This game actually launched on steam August of this year and is now playable for free. Instringly they still list the launch date of the game as 27 September 1996 which is a full seven-year before steam came into existence in September 2003.

Wath this video that shows the evolution of Games as a service model.

Quality versus Quantity of Games as Service

The classic debate of content quality and quantity is also an important part of game as a service. The game’s vast amount of content can prove to be a liability as well as a benefit. The content is carefully divided into separate expansions. New expansions cancel the old quests.

The point is, where the quality is of utmost importance, maintaining a vast quantity of content is not a bad thing either. The exploration of the game within the game grasps the curiosity of gamers for a long time.

The monotonous adventure and its experience makes the game stagnant and kills off the thrill.

Lack of experience boosters, new weapon types or ability upgrades can make the game stale and the players can abandon it for something exciting. Meaning thereby, the quantity of the content is as important as the quality.

Advantages of Games as a Service Model

The model’s potential to increase the lifespan of a game is the most obvious advantage of the games as a service model, for both publisher/developer and the customers.

For a publisher or developer of a game, it means higher sales numbers both in terms of copies and micro-transactions. And for the customers, it means not having to purchase new video games as recurrently.

The games as a service model also allow players to access new content. The potential benefit related to this model and content updates can be gained when such updates are made easily and freely accessible to the players.

If the players have issues regarding the game, they can easily take it up with the developers, who will then be able to address said issues appropriately. This, in turn, will lead to the creation of overall better gaming experience over time.

Disadvantages of Games as a Service Model

The largest concern with the games as a service model in any game is the fact that most games under this model generally tend to implement some sort of micro-transaction scheme.

This system could have a destructive or passive impact on the players’ overall gaming experience.

While many players are not bothered with titles making use of micro-transaction system, the requirement for players to pay a premium in order to first gain access to the gaming experience can disrupt the interest.

Especially, if that micro-transaction system is integral to progressing within the game or tries to take advantage of vulnerable customers.

It is also believed that making micro-transactions available within a game ultimately demeans the player’s overall experience of the game.

It allows some players to purchase high-value items at any stage and deprives the player of the feelings of accomplishment or satisfaction that may have been derived from their efforts to gain that item.

However, it is up to each individual on their own to decide whether or not purchasing micro-transactions to speed up game development destroys the gaming experience.

Is Games as a Service Fraud?

In its crude form, the games as a service define as the business practice of players not having control of whether they can play a game due to a company withholding that function.

The traits of this model are – available online only and the company is you the service of allowing you to play the game.

The argument supporting the games as a service being a fraud is that only goods and services can be sold, and it is legally not a service.

Many countries label the games as goods. However, the fact is debatable as it is technicality and legality of the term ‘service’ is what holds the games as a service fraudulent and requires the intervention of the law.

However, If you have 1Hour then this guy raised good points about the Games as a Service model.

Faq about Games a Services.

What is live service game?

Live service game, (LSG) is made to keeping users playing for long period of time just in the hope that players will win microtransactions later.

Is games as a service bad?

Games as services is not bad, it is more a market than a support. Some companies have established it, as a service based system, just by taking its initial money or supporting its free play model, it has tasted its popularity to some extent.

What are the examples of Games as a service?

The easiest example of this is the lifestyle saving games, in which you are given new content every day so that you can take equipment from the currency of the games; otherwise you have to use real world money. 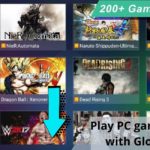 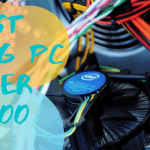 Why Do I Suck at Video Games? Become Pro from Noob

How Do Pro Gamers Practice? 15 Tips You Should Follow

How To Download Games Without Apple Id On iPhone & iPad