Do you want to dominate your gameplay and amaze your co-players with your skills? then you’re at right place 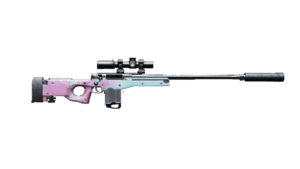 Everyone knows about it how deadliest this sniper is. It only requires 1 headshot to knock down the enemy even though he’s wearing a level 3 helmet. Use 8x if your enemy is far as it has a 100-1000m range so you can kill an enemy who’s camping from 1000 meters away.

The only problem is that AWM in PUBG is one of the rarest sniper rifles which only found in an airdrop. Another problem with this sniper is that ammo is limited. Once you used the whole ammo then you’re not going to find ammo until you get another airdrop or loot the carate who had the AWM.

Due to its scarcity, you must use this sniper carefully every bullet count. Other than this is the best sniper in the Player unknown battleground.

Best gun is not only determined by damage only there are many factors that decides the best sniper in the Game. M24 is slightly less powerful then AWM and has less range but it’s most powerful sniper rifle after the AWM in the PUBG Game.

In erangle map after the latest update, you can easily get this sniper at Mylta Power, Mylta , Military base and In Sanhok there is no shortage of loot so you can easily get it there too, but in Vikandi map you might have to search around little.

Do you know what’s another  factor that makes it the best sniper rifle? It uses 7.62mm ammo. It’s easily available, it’s powerfull, and there’s no shortage of ammo. 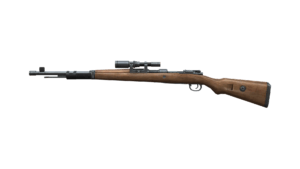 Kar98k is a common sniper rifle that you get in the game and it is easily available. This sniper is the best alternative if you don’t have any of the above powerful snipers but still, you have kar98k which has the ability to pierce through Lvl 2 helmets.

Although this sniper bullet can’t penetrate level 3 helmet in the first blow, However, shot gives massive damage. Be aware don’t judge this sniper capability if you know how to handle this sniper rifle you’ll be the freaking deadliest player in the game who take headshot on running player.

As said above it’s easily available and this powerfull sniper is favourite sniper of the most the player in the game. But don’t miss the chance if you found AWM or M24, both snipers are way better then kar98k. 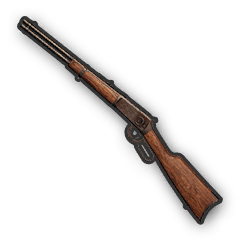 This is the latest sniper added to the PUBG. In real life, this rifle is also known as hunting rifle as this is used in hunting. This rifle is medium to long-range rifle which uses .45 ACP rounds.

Winchester rifle is more similar to kar98k in terms of damages as it also guarantees killing enemy in one headshot with level 2 helmet. Damage is also similar to the kar98k.

This latest sniper rifle is easily available on any map. Most of the player doesn’t use this rifle as this sniper rifle use .45 rounds and they think this is not the good sniper rifle to go with.

But this rifle has the almost same damage as kar98k and it uses the only attachment available for the rifle are sniper rifle bullet loops(allowing for quicker reload speed), making it only useful for very early game.

AWM has the highest damage in PUBG then any other weapon I’d definitely use AWM as it is one of the best weapons in-game. But due to its scarcity with limited ammo M24 is the best sniper rifle in the PUBG PC and PUBG mobile.  After the AWM and M24, Kar98k and Winchester Model 1894 could be your option to go with but kar98k is the better option to go with.

These sniper plays a very important role in the game as they are powerful and has a better range to kill the enemy in long-range with body armour. Sniper can penetrate helmet and get you to kill in one shot. So always use snipers with the combination of the rifle.

How Much Will You Get For A PS4 At GameStop